So, in an attempt to rid of the notion that there is no such thing as Black feminism (because some people actually believe this), rid of the idea that Black feminism is somehow outdated, and to pinpoint Black feminists that are out there working diligently in the world to dismantle hegemonic systems of power other than those who have been identified redundantly, I will each week feature a Black feminist of the week (well, of my week at least).

My motivation comes from a willingness to teach myself what those in academic classrooms often do not. So, I will start with a young womyn who's blog I have been reading for quite sometime, but only recently put a face with a name by doing more research. Alexis Pauline Gumbs, aka Lex, is a true inspiration to me, and from the posts on her myriad of blogs, is also an inspiration to others. It is her question about a week ago that really motivated me to start this small segment. Outside of her many blogsites (brokenbeautifulpress.wordpress.com), started a traveling workshop entitled "MobileHomeComing", which is "an immersive intergenerational community documentation and education project based on her lust for the black queer community!". Lex also manages to place educational media and reading material on her site to enrich the minds of her readers. She consistently features historical information on writers like Audre Lorde, Barbara Smith, and the list goes on.
Alexis is everything and more that a inspiration should be. In addition to her activism, traveling, and rhetorical consciousness-raising, Lex is currently pursuing a PhD in English at Duke University, and writes specifically on the survival of Queer feminism. She deserves to be recognized and is a fantastic pick for the first Black feminist in this series. Thank you Alexis Pauline Gumbs for keeping the movement alive and for structuring new ways to engage in feminist consciousness-raising.
For more on Alexis Pauline Gumbs please visit brokenbeautifulpress.wordpress.com
Click on the link below to watch some of her work:
MotherHouse
Posted by Nicole at 8/29/2009 03:06:00 PM 2 comments: 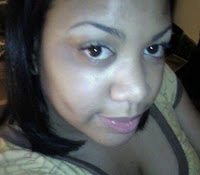 Yesterday I wrote a note to myself while reading over my completed thesis. The note reads as follows: "My ability to write is connected to my ability to be free from the opinions of others. Once I do things to satisfy me, I can then begin to write freely and satisfactorily in a manner that will one day free others." I mean look at the last time I posted anything on this blog, it has been exactly three months! But, I claim I love to write? Well, I do, but something has been holding me back. Something has made me fearful. Something has caused me to feel as if I were lying to myself or that somehow what I wrote was inauthentic. A week ago I was called a "fake feminist" by a person very dear to me, and while I beg to differ, I also know that I often fail to live the life I portray. I mean, how can I when I am running away from my discontents? So, I am courageously re-declaring myself FEMINIST! Not for the worlds validation, but for my own.
Now, back to the issue at hand. I HAVE FINISHED MY THESIS! I have written a body of work that can perhaps one day be published, that will one day inspire another young Black girl, female to elaborate and know that she can do it too! I have written myself into existence, I mean I was already living, but now I exist as a Black, feminist, LGBT advocate, activist, WOMYN, speaking because no one bothered to speak to me!
Posted by Nicole at 8/29/2009 02:45:00 PM 1 comment: 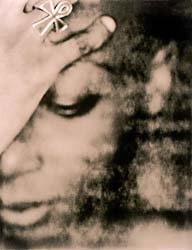